TOURISTS CONVERGE ON EL SALVADOR DESPITE THE BITCOIN PRICE PLUNGES 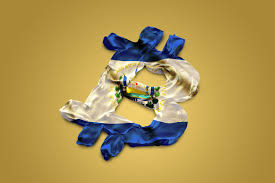 As the first country approving Bitcoin as legal tender, El Salvador has witnessed a remarkable rise in tourism during the first half of 2022.
In contrast to the reports from the Wall Street Journal that El Salvador’s bet on Bitcoin to accelerate tourism will be unfruitful, tourism in El Salvador has skyrocketed in the first 6 months of 2022. Despite the Bitcoin (BTC) price falling by almost 50%, there were 1.1M visitors to El Salvador since January, an increase of 82.8% according to government figures (compared to a total of 1.2M visitors in the previous year).
El Salvador Ministry of Tourism explained that, during the summer break, the nation can anticipate “57,500 international tourists, which would generate $60M in foreign exchange”. It is forecasted that 1.2M will soon be outperformed.
Tags: crypto news